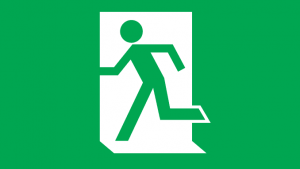 Members of the Greek left coalition in the UK have decided to back Lexit the Left Leave Campaign and have released a statement.

ANTARSYA UK has decided to fully back and participate in the LEXIT campaign – the Left Leave Campaign. ANTARSYA UK considers LEXIT as a necessary weapon for the defeat of the government policies of austerity in the UK and throughout Europe.
We are still experiencing the effects of the global economic crisis but after having bailed out the financial institutions, which triggered the crisis, we still pay for them to recover their failing profits. This crisis and its outcomes are still paid by the workers, the youth, the poor and the unemployed. This is the “collective” response to this crisis by all the EU governments (the UK included). Today, more than ever, it is becoming clear that the EU has always represented these same interests with any apparent “benefits” only as a result of transnational “alignment”. The EU has been regressing into prolonged austerity and authoritarian repression while it institutionalized racism and discrimination, lacking democratic functions. It is condemning various social groups to poverty, destroying public wealth and services.
The attack on the peoples’ rights is carried out by governments and coordinated by the EU. In Britain the dominant forces of capital and the majority of their public servants want to stay in the EU.
We can yet see signs of optimism in the popular struggle and solidarity. Europe is shaken by the reappearance of fighting people, such as the huge workers’ demonstrations in France or the majestic marches in Britain against austerity and the Cameron government. The traditional political parties are failing to reflect and express the popular anger. In their efforts to deflect the blame and responsibility for austerity they are also providing the breeding ground for racist and fascist expressions.
The working people and the young must “brand” the Left Leave the EU campaign with their struggle against the EU policies of austerity, racism and wholesale destruction of public services and continue on better terms the battle against the conservative government, until the dissolution of the EU. ANTARSYA UK backs the LEXIT campaign as part of the internationalist duty to foster the unity of the people fighting against the EuroCapital.