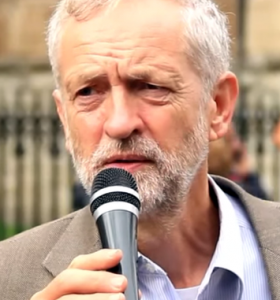 “The whole basis of the Maastricht treaty is the establishment of a European central bank which is staffed by bankers, independent of national Governments and national economic policies, and whose sole policy is the maintenance of price stability. That will undermine any social objective that any Labour Government in the United Kingdom—or any other Government—would wish to carry out … The imposition of a bankers’ Europe on the people of this continent will endanger the cause of socialism in the United Kingdom and in any other country”. House of Commons, January 13, 1993

“Will my hon. Friend [Peter Mandelson] tell us how he proposes to influence a European central bank that is composed of bankers who are appointed for eight years, who are answerable and accountable to nobody and whose policy objective has been set down? How does he propose to influence them when there is no mechanism to allow that to happen?” House of Commons, January 13, 1993

“If the principle by which the European economic policy is to be run is that capital will find the home that is most suitable to it, any social policies relating to housing, unemployment—or employment—and the environment are bound to take second place”. House of Commons, January 14, 1993

“The whole thrust of western European thinking is to reduce all immigration and visa policies to the lowest common denominator—including the more important area of refugees”. House of Commons, January 27, 1993

“Under article 100c [of the Maastricht Treaty] it is perfectly possible for EC member states to get together and decide, for example, that visa requirements should be introduced for visitors to this country from the Caribbean. That would be opposed by the British Government, who have already given a commitment not to introduce such visas, especially for people from Jamaica, but the requirement would be imposed on this country and then it would be illegal under European law for Britain to admit Jamaican visitors without a visa, even though the stated policy of the British Government was that they did not want to introduce visas”. House of Commons, January 27, 1993

“In the development of the idea of a common European foreign and defence policy, the obvious question is, against whom are we defending western Europe? Where is the external threat, and who is the enemy?” House of Commons, March 30, 1993

“At least 60 Labour Members voted against the Bill on Second Reading and I am sure that they will vote against the Maastricht treaty again tonight, primarily because it takes away from national Parliaments the power to set economic policy and hands it over to an unelected set of bankers who will impose the economic policies of price stability, deflation and high unemployment throughout the European Community”. House of Commons, May 20, 1993

“It is morally wrong that the US Government and the EU Commission pay farmers to over-produce. They then use taxpayers’ money to buy the over-production, so it is already a double purchase, and it is then shipped at enormous public cost across the seas to be dumped as maize on African societies. That destroys all the local agriculture and leads to urbanisation and all the problems that go with it. The practice is simply crazy and must be stopped”. House of Commons, May 26, 2005

What’s changed since – apart from the Lisbon Treaty’s alignment of the EU with NATO, the vile deal with Turkey to turn away refugees and the brutal policies imposed by the Troika (the EU Commission, European Central Bank and IMF) on the peoples of Greece, Cyprus, Ireland and Portugal?