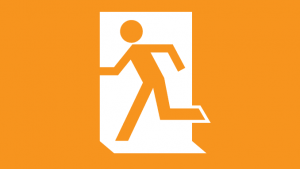 The EU originated in a ‘Cold War’ bloc to rebuild monopoly capitalism in western Europe and confront the Soviet Union and the new states of eastern Europe.

After NATO was formed in 1949, plans for a ‘European Defence Community’ alongside the European Coal and Steel Community were thrown out by French Communist and Gaullist MPs. West Germany was then rearmed and admitted into NATO, leading to the formation of the Warsaw Pact in 1955.

Peace was kept in Europe by anti-war feeling in the West and the Soviet policy of ‘peaceful co-existence’, despite the US-led arms race. The German-Soviet process of detente led to the formation of the Organisation for Security and Cooperation in Europe in 1975, which played a leading role in easing tensions, although the EU still strives to marginalise the OSCE and its work for peace-keeping, arms control, democracy and human rights.

Since the end of the Soviet Union and the Warsaw Pact, the EU has expanded eastwards alongside NATO, developing its own capacity for rearmament and military intervention in league with NATO under the Lisbon Treaty. EU states have helped destabilise Yugoslavia, Ukraine, Afghanistan, Iraq, Libya, Syria and parts of Africa.

Many problems today are international, and so require a coordinated EU approach

The EU represents the interests of Europe’s big business corporations, using its collective strength to undermine many international agencies to the cost of weaker countries and their peoples (e.g. carbon emission trading schemes which transfer licenced pollution to the Third World and create a new source of financial speculation and profit; trade and debt restructuring agreements which require market access and privatisation).

As the world’s fifth biggest economic power with economic, political and cultural relations across the world, Britain has its own resources, expertise and perpsectives to contribute to solving international problems.

If Britain votes to leave the EU, it would be a victory for the political right

The CBI, Institute of Directors and the mainstream political right support EU membership, reflecting the interests of big business, while wanting to protect the City’s banks and financial markets from any EU regulation and discrimination (the chief objective of Cameron’s renegotiations)

A vote for withdrawal would bring down the Cameron-Osborne regime. Any Tory replacement would be unstable and probably short-lived, as the Tory Party tears itself apart. The conditions could be created for electing a Labour government on a programme of progressive taxation, public investment, public ownership, industrial regeneration and ecological security.

Free from EU barriers and restrictions, Britain could more easily promote policies at home and abroad which put people and the planet first, not corporate profit.

Three of the four major EU institutions (the Commission, European Central Bank and European Court of Justice) have their extensive powers guaranteed by EU treaties which can only be changed by unanimous agreement within the fourth, namely, the Council of Ministers.

Similarly, the basic free market, pro-austerity policies of the EU are set in concrete in those same treaties, which can only be amended by unanimous agreement of all member states (28 at present).

Those fundamental treaties severely limit the ability of EU member state governments to fund public investment, rescue failing companies and industries, save jobs or use public ownership for wider economic, social and environmental purposes. Should Britain elect a left or progressive government, the treaties will act as a strait-jacket on its policies, which could only be removed if every other EU member state government agrees to treaty change.

Outside the EU, a future British government would be free to regulate the movement of capital, goods and services in order to boost domestic investment in productive industry, stimulate economic growth and balanced industrial development, support strategic sectors and enterprises, promote ecological and energy saving measures, encourage different forms of public and social ownership, and protect all workers against super-exploitation.

Wales receives around £18m a year (£92m according to Plaid Cymru) more from EU funds than it puts in. But this is less than one-fifth of 1 per cent of Britain’s net contribution to the EU Budget (£15.2bn in 2016) and of the National Assembly’s annual block grant from central government (£15.5bn in 2016).

In July 2015, it was revealed that the SNP government has been compelled to drastically amend its Scottish Futures Trust project for public investment in schools, hospitals and roads to give the private sector a bigger, more profitable role.

Scotland and Wales have suffered heavily from the export of capital and jobs to southern and eastern Europe, where labour is skilled but cheaper and energy and transport costs are lower.

Outside the EU, the Scottish, Welsh and British governments would be free to decide whether and how to finance public expenditure and support strategic industries and services. Free from the EU Classical Directive on public procurement, local government could award larger contracts to local suppliers.

Democratic rights in Britain are enshrined in our domestic law, together with commitments arising from international law, its conventions and courts. Those rights did not originate in the EU.

Tory hostility has been aimed at the European Convention on Human Rights (ECHR) enshrined in Britain’s Human Rights Act and its European Court — both of which arise from our membership of the Council of Europe, set up in 1950 and wholly separate from the EU.

While EU membership obliges all member states to adopt the ECHR, this does not prevent governments from flouting both the convention and the UN Declaration of Human Rights. In December 2014, the ECJ blocked a draft treaty affiliating the EU to the convention and its court, not wishing to expose EU institutions and treaties to a different authority — the ECHR European Court — in matters of human and democratic rights.

We need to defend and extend democratic and human rights, including through the ECHR and OSCE, whether inside or outside the anti-democratic EU.

There is no realistic alternative to EU membership

Most of the world’s countries, big and small, manage without being in the EU. Britain has bilateral agreements with almost all of them, including through our participation in more than 70 international organisations in political, economic, scientific, emvironmental, labour, health and educational matters.

Many countries trade and cooperate with the EU, without being EU members or accepting the imposition of the pro-big business economic and financial policies demanded by EU treaties and institutions.

Joining the European Free Trade Area and through it the European Economic Area would enable Britain to remain in the ‘Single European Market’, but at the price of obeying many EU rules and diktats.

Economic, political and other relations could be strengthened by new arrangements with BRICS and the 53 Commonwealth countries, collectively and individually.